One arm? Homeless? No problem. 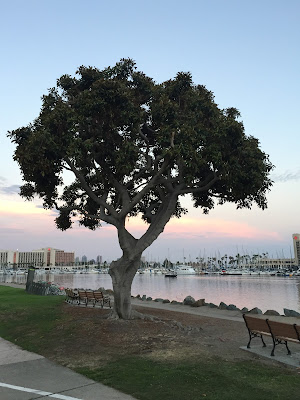 Between the San Diego airport and the bay is a thin strip of land that is filled with trees, grass, beach and rocks. It’s called Spanish Landing Park. It’s beautiful and many people walk along this preserved area. I walked down the park, the Sun had set but there was yet light enough to see, as I beheld a man running a piece of drift wood down the rough side of his skateboard. 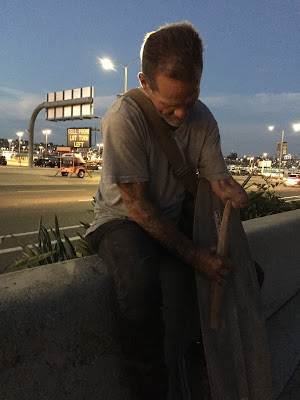 “What are you doing?” I asked.

A common and truthful response to such a question may be, “none of your business.” But his first response was to look up and smile. What the smile lacked in teeth it made up for with contentment and acceptance.

“I’m remaking some tools. See I live on a sail boat and recently some of my tools for mending the sails and nets were stolen, so I am fashioning new ones. I made this earlier today.” He pulls out a much smaller piece of wood with a hole in one end. “That will act as my needle when I use a hemp thread to mend nets. This larger piece I’m workin’ on now is for the sails.” 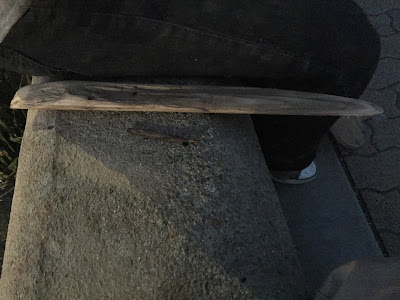 Both pieces look very impressive but was is both most noticeable and adds to the richness of what he is doing is his obvious handicap. One is nothing but a stub and the other has a hand with a badly misshapen thumb and only three fingers.

“Mine’s Will. Nathaniel is the mane of my oldest son.”

Let’s see he was born in 1986. So, he’s 31. I always remember the year he was born because that was the year I met my friend the Bull Shark. He was very friendly and wouldn’t accept the fact that I didn’t want to dance. In the end, he died but it cost me an arm, a few fingers, and a hole in my side.” He lifts up his shirt to reveal a large scar and missing section on his right side. I was living in Florida, working as a carpenter. It was shortly after I recovered that my son was born.” I was ready for him to tell me that, this was it, shortly after this horrible accident and having a young family he was driven to homelessness. But I was wrong and he continued, “And then in 87 my first daughter, and then my second daughter in 88. That was the year my wife was killed by a drunk driver.” Now, that had to be it. Three young kids, disability and his wife is killed, that was the trigger.

But I was wrong again. “I took the three young kids and moved to the middle of no where Kentucky, It as where my parents had retired and I needed their help with the small children. I worked at a Harley dealer and owned a tattoo parlor with several employees. We stayed there until all my kids graduated High School and were off to college. That was when I started trying new things.

“What do you mean new things? I asked.

“Well the first thing I did after they all graduated was give the tattoo parlor to my employees and took a job working at the salvation army. My kids thought I was crazy, they still do.”

It was clear he was very proud of his three kids that he had with his first wife, and very proud that each had attended college. As the story continued it came out that he actually had six kids. The last three he noted, “I loved so much he gave them each their own mother.” It is clear that he was much more involved in the lives of his first three. The youngest of which is now in the Navy and it was following her that brought him to San Diego. When he came he had no place to stay so spent the first few weeks on a park bench. Eventually with the money he had coming in from social security he had saved enough to purchase an old dilapidated boat and moved in.

Since then he has been living partially on boats, either his own or others he helps fix up or partially on park benches. He recently got back from Ventura California. He sailed solo on a 40-foot boat that he borrowed from a friend in England, it was part of a plan to save on dock fees.
Will was very colorful, full of energy, jokes and advice, “Why does the Easter Bunny hide eggs?” He asked. “Because he doesn’t want people to know his girlfriend is a chicken.”

Some of his advice included: “Is the glass half full or half empty? If you have a glass and something in it, you simply don’t know how lucky you are.”
“Don’t buy your own bull, and never ignore what your core or gut is telling you.”

Will was happy, hardworking, tenacious, not a victim and…homeless. Here is a man who had his arm ripped off by a bull shark and now is spending his time sailing solo from San Diego to Ventura.
Will in many ways remined me of Job, not so much for his hardship as because of his faith and hope.  Through loss of limb, wife and all else he kept his head up. Before I left him, he asked, “Do you believe in God?”

“I do too, but my one issue with most people’s view of God is that they think God is a man. I think God is a woman. No man could be as loving, nurturing and kind as God has been to me." 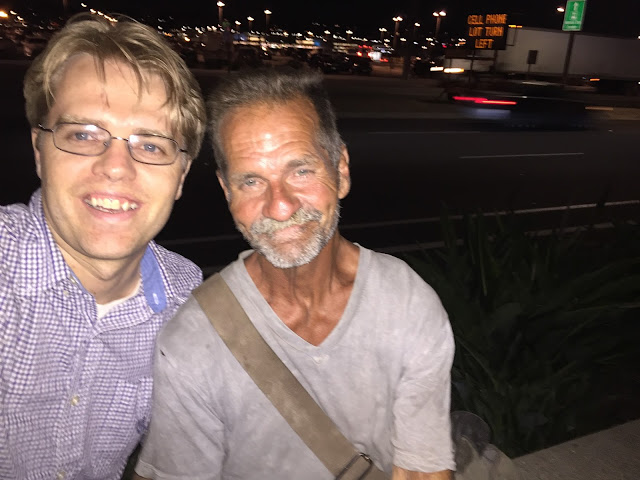