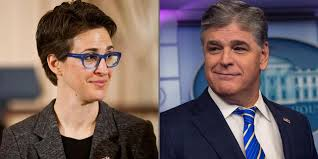 I can’t help but notice while COVID has substantial risk to our country it is not the pandemic that worries me the most, nor is it the one that is most common among Americans today. The problem with this other pandemic is not only that it is much more pervasive but those who have it rarely recognize it, it’s highly contagious, and it attacks the fabric that holds our society together, the ability to live peaceably with others.

What is this pandemic? To introduce it I bring in a concept that is a very popular topic among those who are loyal to our current president but before I do I must be careful to note that this pandemic equally affects all parties and political creeds. Early in Trump's presidency his supporters started touting the idea that pundits and die-hards on the left had come down with Trump Derangement Syndrome (TDS). The idea that Trump was the embodiment of evil, that everything in their life that was bad came because of him. TDS blinded them from noticing or admitting if he did anything right. It allowed them to categorize and minimize his supporters. That they were dumb, uneducated, backwoods folks who don’t know what’s best for them. This also allowed them to turn a blind eye to the reality that there must be something real, something worth paying attention to in the moment that elected him. Something they needed to learn from and change.

In my humble opinion TDS is real. I believe far too many people have it to one degree or another, but that is not the pandemic I am writing about. And part of the reason is BDS or Biden Derangement Syndrome is just as real. There are just as many on the right who can’t accept any discussion or recognition to anything good that this man has done. They envision him as a socialist baby killer who can’t wait to destroy the economy by taking from the hard working and giving it to the lazy. They equally begin to believe that any rational decent person couldn’t vote for Biden.

If I said right now that I am endorsing Biden and you cringe you have BDS. If everytime you see a yard sign that says Trump Pence you negatively judge the person who owns the home you have TDS and if you hear a business owner is supporting Biden and you think you’ll take your business elsewhere you have BDS. I hope you get the idea. The truth is that the decision about who to support for President is nuanced. There are so many factors that impact it. Yet we often try to trivialize it down to one issue or topic.

As an example, I am a proud member of the Church of Jesus Christ of Latter Day Saints, while not every member is Pro-Life, I think it is safe to say that a majority of active members feel that protecting the unborn is an important issue, I for sure do. But it pains me when I see members of my church who support Biden get attacked online because of his stance on one issue. In doing this they turn a blind eye to many other issues. And I feel the same for those who get attacked for supporting Trump. But he’s an immoral bully, they say.

What do I do if I have a I don’t want to vote for a canidate who will increase access to abortion or a immoral bully? If I belive Biden will increse access to abortion and that Trump is an immoral bully than I have to pick one, vote for someone that has zero chance of winning or not vote. Those are my options. And I only list this as one example. There are hundreds if not thousands of nuanced decisions that go into a voting decision. My point is I know smart, moral, and well thought out men and women who will be voting for Biden and Trump. If you don’t, you have blinders on and need to cure yourself of TDS or BDS. How? I’ll get to that in a second, but first:

I still have not told you the real pandemic. Biden and Trump in time will dissipate and will become like Mitt and Obama or old. Whatever your feelings for or against them may change (has your views of Romney changed?) and their importance will diminish as the spotlight moves onto someone else. This is not about Trump and Biden. The pandemic is perhaps best called PDS, Political Derangement Syndrome. The disease that makes us think that our political views are the only ones worth having. That allows us to instantly judge, in a negative light those who don’t think or believe as we do. This to me is far more pervasive than racism, sexism or any other ism, but has all the same impacts. I saw it with the Black Lives Matter movement, on both sides. People lost jobs over things their relatives said on facebook. Like all political movements there were a huge amount of things that went into the BLM movement, any honest person no matter their political views probably agreed and supported some of them and disagreed with others. Therefore it’s perfectly rational for people to either support or not support the movement. The problem is we pick which side of the political world we sit on then we only look at the negative issues and the most extreme supporters of the other side all while turning a blind eye to the fact that our side, whatever it may be, has those same problems.

The problem with this is obvious. The worst and most dangerous enemies are always from within. Internal division, the endless desire to focus on what divides us over what unites us is far more likely to destroy our nation and our economy than is China, Coronavirus, Hurricanes or a Nuclear Bomb. So how do we cure it?

This year is very interesting for me. The man I respect most politically, my father, and I will likely be voting for different candidates. I think we agree on 90% of political issues, but we predict different outcomes based on the votes. Is he right? Maybe, I for sure can’t say with any certainty that I am. But I feel good that the vote I am making is right. Likewise there is a decent chance my wife and I vote differently this year. There was a time in my life that this would really bother me. That it would lead to endless arguments, endless focus on how we see things differently. But this year I am very at peace with both my decision and theirs. And at peace is a great place to be.

If we want more of it we need to fight this pandemic.

Give me the *&%*# Hammer and how we can learn from construction workers. 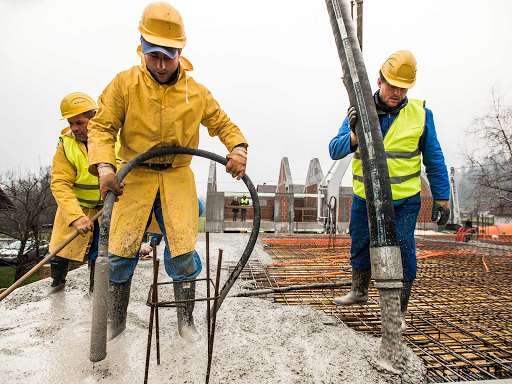 Construction Workers
This week my Mother is having some construction work done at her home, and I happen to be there, also working from home. I have forgotten how angry and full of vitriol some construction sites can be. As the concrete pumper truck begn to flow so did the swear words. Now don't get me wrong I have worked on concrete jobs and they are stressful. Once the truck starts pouring there is no turning back.
They yelled, they cussed, they called each other totally inappropriate names. And as a team they got together and did an amazing job.  As the job was complete they laughed together, told jokes and were clearly once again the best of friends.
My point is not that we all need to expand our vocabulary by the extensive use of swear words so we can get more accomplished. No, I would just assume go without the anger and swearwords, but what we could learn is the lesson they teach on forgiveness and not taking offense. In the ultra PC world we live in, and in many court rooms what I saw and heard in the yard would be nothing short of a hostile work enviroment. But whatever you call it, the individuals were slow to take offense, and within a few hours had forgiven each other of any hard feelings, if there ever even were any.
Is it too much to belive in a world that takes the best from both worlds? One where we work hard to not get angry and swear at work, but when we do or when we encoutner those who struggle with this, we don't take offense, claim harrassment or file a lawsuit?
Posted by Nathaniel Gee at 7:16 PM 3 comments: