Myth #3: An increase in income will improve my financial situation.


Who wouldn’t love a raise? A little extra money can always help, right? Not necessarily. In the US, one might even say that more financial problems are caused by increased incomes than by a lack of income. Yes, more. In fact, for many people, the worst thing that can happen for their financial situation is a raise. But how can an increase in income actually hurt your financial future?


In 1983, just a few months after my own birth, a young man was born in the Texas. He was athletically gifted, and he grew up playing football. He got a full-ride scholarship to play at UT at Austin, and in 2006, he played quarterback going 13-0 and winning a national championship. At this point in his career, Vince Young looked unstoppable. 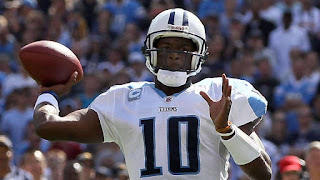 It seemed clear that he was destined to be a franchise quarterback with a long career in the NFL. He was drafted third by the Tennessee Titans and played with them from 2006-2010. From 2010-2014, he bounced around from team to team as a backup, but he ended up retiring from football in 2014. Over the course of his 8-year football career, he made approximately $35 million. However, after only a few months out of the league, he filed for bankruptcy, showing a total of $500,000-$1 million in assets and debts between $1 million and $10 million.


This scenario plays over and over when it comes to professional athletes. They start making more money than they ever imagined and begin spending it faster than they make it. They get ripped off, they buy homes and cars on debt, and they never stop spending. They assume their stardom will never end. Then injury, issues with coaches, age, and many other issues arise and compound, and before long, their career is over. In Vince’s case, he bought a mansion and several cars on credit and spent very lavishly. At one point in his career, he averaged $5,000 a week at The Cheesecake Factory (I am not sure how this is even possible! ). By the end of his career, he was so hounded by debt collectors that his coach admitted that his financial issues contributed to his termination with the team.


Did his huge salary actually help him achieve a financial future? Without such a lavish income, would he be facing as much as $9.5 million in the hole? Of course not. His inflated income was a key factor in his financial ruin.


You might say that this is an extreme example. You might not make millions a year but could use an extra thousand or two, right? Well, I share this story, extreme though it is, because it is full of the mistakes that I see all the time in people’s everyday finances. First, careers bring ups and downs. When financial planners sit down and plan your financial future, they look at your income as a steady slope of perhaps a 3%-5% increase a year throughout your working life. This may be a good average, but we will all face setbacks, with times of plenty and times of shortage. I have been out of college for 11 years and have indeed had salary increases but also salary cuts and a layoff. Many of us might get sick, have to take time off to care for someone else who is sick, or be forced to work less for other personal reasons. Our industry may shift and leave us without work for a time, or our company may fail due to mismanagement. We have no guarantee of future income.


Second, the problem for many of us is that, when we get an increase in income, creditors are more than happy to sign us up for a credit increase. In other words, when income increases, so does our ability to acquire debt. I saw this in the story of a homeless man I met in Colorado named Tom (Here is his story).


Basically, I look at how we spend money as far as our future goes in three categories. The first is saving or paying down debts. Second, we pay cash for things, and third, we use money as a down payment to acquire something on debt. When we save or pay off debts, we improve our financial future. When we spend cash on something, it could be wise or unwise, but it doesn’t enslave us to future debt. For example, when Vince Young was paying $5,000 at the Cheesecake Factory, it wasn’t what bankrupted him (as long as it was paid in cash). But when we use our new income to acquire new debt, we put our future self in bondage, and this usually hurts our financial future.


So how do I decide if a raise in income will actually help or hurt my financial future? The question to ask yourself is this: will I spend this money so that, in the future, I will need less income to live my life? Or will I spend this money in such a way that I will continue to need this level, or more income in the future? Basically, do my purchases make me more dependent on money or less dependent?

Myth #1- A Penny Saved is a Penny Earned

Myth #2- You Should Live Within Your Means
Posted by Nathaniel Gee at 12:45 PM