I walk away from my hotel towards the underpass. The underpass is literally only 500 feet from the hotel but large fencing connects the hotel to other buildings on that side so I am forced to take a long walk around. Once I arrive at the underpass I can see why the fence was installed. The 3 ft. walkway that is divided from traffic with a large concrete barrier on one side, adjacent to a shotcreted side slope on the other, is so full of garbage that only a small foot path on one side remains clear. Even that, at times, disappears, leaving you to kick at the waste. The top layer of trash is discernible enough: circle K cups, beer cans, used cardboard pandering signs and abandoned clothing, but below is a blackened, half decayed layer of garbage that has become unrecognizable in its current state. Hotel owners and high rise landlords have built the fence to make travel through their lot an inconvenience so as to keep the "filth” literally and figuratively out of their territory. It becomes one of the millions of barriers we “haves” construct so as not to be reminded of the world of the “have nots” that surrounds us.

I push the button to notify the street that passage is requested. The length of time that I sit waiting as each line of cars is ushered before me clearly tells me that in this intersection I, like all pedestrians, are unwanted guests. The hand signals me to enter just as a right turning car rushes to beat me, I enter hoping that the car behind won’t follow his lead. I’m not even half way across the 8 lane road when the clock starts ticking down, warning me that my time is soon up. I pick up the pace but quickly realize my quick walk will prove insufficient and I better turn to a jog to beat the countdown. I dash. With half a second to spare I cross the curbing and cars quickly fill the void I have left. No one cheers my victory. 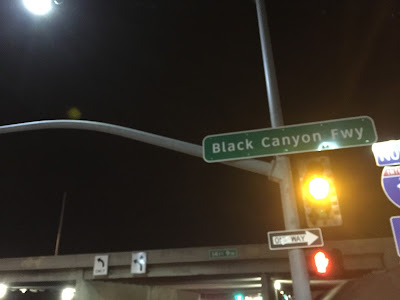 A girl sits with her back to me and I approach. Beats brand headphones are in her ear, and in her hands she holds two items: a cardboard sign with a typical pandering message, and a bible track just handed to her by one of the passing cars.

“Can I speak to you for a minute?” I rather shyly ask. The headphones clearly do their job. I approach closer and repeat my request.

She smiles and the headphones come out. “Can I speak with you?”

She wears a pink blouse, opened too far from the top, and accentuated enough from below to be intentionally indecent. Her face at first appears old but once you look closely, she appears younger than one would guess. Most of her front teeth are missing, and her nose is crooked with a scar down the middle, likely recently broken.

I mention that I have no cash but would just like to talk. She seems open to the idea and says, “sometimes advise is better than money.” I again feel bad, given I have no more advice than I do cash. Her name is Cassidy. She came to Phoenix from Illinois on her 21st birthday. She has been homeless for 4 months after her last boyfriend kicked her out of his home.

“Is this your first time homeless?”

“Oh, no,” is her quick response, “I have been homeless on and off my entire life. I’m 48 now.” She goes on to explain that when it comes to work she has done everything out there: waitress, housekeeping, and even construction. She turns as a nameless stranger's hand comes out of a window with a few dollars. As more drivers offer her funds, I begin to feel awkward just watching and move on.

It’s getting dark now and across the street I see another woman with a sign. She is barely noticeable from the street, being set back behind a small building that houses electrical breakers and other equipment for the lights. I cross as she begins to put away her sign into her small black backpack.

“For a minute, I’m just leaving,” she says, clearly leery of me. Marilyn is her name. She is more shy in every way than Cassidy and clearly not as comfortable speaking to me. She wears a zip up hoody that is zipped up all the way, that she clings to as much as the smell of smoke clings to it. She came to Phoenix in 2007 from Indiana to escape an abusive, 13-year marriage. “Phoenix seemed far enough away,” she says. “Plus I had a friend here. When I first came, I had a job in the insurance industry. I lost it in 2011.”

But despite the job loss, she assures me that is not why she is on the streets. “I let a friend live with me and they got me evicted. That is what I get for helping,” she says with clear, deep bitterness in her voice. I try to kindly ask how her friend got her evicted, but she avoids details. She has been on the streets for the past 5 months. When asked if she has ever been homeless before the answer is a simple, “no.”

“So, do you just try to get enough to get a place to stay each night?” I continue.

“Well I try, but that didn’t work out so good today; nobody wants to help.”

“Where do you stay?”

“Some nights I stay at a shelter, but you have to wait in line for a long time and then half the time they don’t have room anyways. Once you get in, people inside rob you. Usually it’s better to stay at a park.”

“Do police bother you at the parks?”

“No, they leave you alone.”

“What could society do to help someone like you?”

This question comes with a long pause. It’s something she clearly hasn’t thought about or at least not directly. Hard to be a big picture thinker what you aren’t sure where your next meal is coming from.
Rather than directly answering, she puts forward what she has done to get society’s help. “I have applied for section 8 housing, and if I get that, I’d have enough time to clean up and get a job again.”

“Do you know how long the wait is?”

She grabs her bike as a sign she is done talking and ready to move on. I ask if I can get a picture of her. Again she pauses, and clearly embarrassed she says, I’d rather you didn’t. She rides off, I presume towards a park for the night. I walk back across the 8 lane road, back through the path of garbage. I begin to walk around the fence that connects the hotel to the large high rise when I notice two of the bars are bent just enough to allow a person of my size to slip back into his side of the world.

Posted by Nathaniel Gee at 9:14 PM