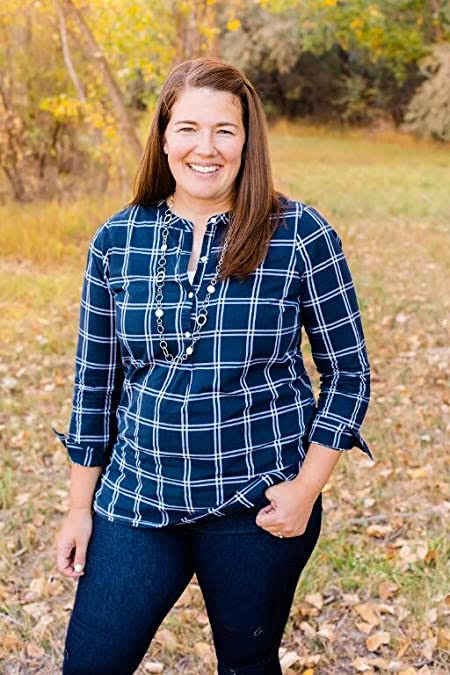 As I am looking forward to the publishing of my second book, “Of Pigs and Priests,” I wanted to take a little time to get to know other authors and write a little about their author journey. I was able to recently sit down with Britney M. Mills and loved getting to pick her brain about her time as an author.

While I have not gathered the data yet, I am convinced that the majority of successful authors share a few key traits and one of them is being prolific. It is hard to learn about Britney and describe her in any other way. She showed this trait early on when in fourth grade story writing assignment the other kids were concerned about the minimum they had to write she had the opposite problem. She just kept adding to the story, and the teacher finally had to tell her that she did have to wrap it up eventually.

From that very early age she knew writing was going to be a part of her life. The question was, in what way? After high school, she headed for Boston College where she had an athletic scholarship as the pitcher on the soft ball team. She majored in English, but originally considered it the first step in her desired career of lawyer. However, the day she went to take the LSAT she felt a need to head in a different direction and decided to serve a mission for her church, The Church of Jesus Christ of Latter Day Saints, in Washington DC.

After getting home she didn’t waste anytime getting real life experience with what would become her chosen genre, romance. She met her husband, started dating him and got engaged all in a four month span. The next few years were full of excitement as she began life with her new little family as they started having kids and moving around. He continued school and ultimately found his career in home building, but she was always thinking of ideas and desired to find a way to write.

She eventually decided to try her hand at fantasy. Her husband had the idea of a book around an academy for knights written from both the perspective of a 12 year old boy and his father. She found a  writing critique group on Facebook. It was a group of five other authors all at various levels, they would each submit a sample every week, read each other’s, and offer critique in their weekly virtual meeting. It was during these meetings that she started to get a feel for writing, crafting a story, and what it takes to get a book to completion. But after 2 and 1/2 years of struggling with the book she was ready to move onto something else. It was while watching a movie version of a Jane Austen book that she decided what that something else would be.

A modern telling of Jane Austen, a series of books starting with many people’s favorite, the matchmaking Emma. But could she do it? She had just given birth to triplets--yes, you read that right, three children, all at the same time. But despite the challenges associated with having three brand new babies added to her load of another child, she enjoyed the release writing brought her, and she took on this new project. Clearly, it was a good fit. She quickly found another critique group on Facebook this time one more focused on clean romance. She also looked into the various options for publishing, ultimately deciding to self-publish her work. This would give her control of the work, but meant she would have to find and pay for an editor and cover design. This was early 2018 and it was 100% complete and available for purchase by later that year.

From then she never looked back. Her second book, Austen Party of Two, the Pride and Prejudice retelling was released a few months later in December 2018. Her third, Austen Unscripted, a retelling of Persuasion in January 2019.

But how does a young mother of 4 (soon to be 5), three of which are triplets find time to write. When asked she credits it to several things. One, she is very consistent about nap time and uses that time wisely. Second, Thursday nights. These are the nights that her husband takes over kid duty and she drives down to his office and focuses for four hours on her writing. Third, writing blitzes, this is focused writing for 15 minute blocks were she can quickly get a significant amount written. She often writes 600-700 words in one blitz. And lastly, those pesky deadlines. She often sets a pre-order date on Amazon, and as it approaches she knows she has to deliver a book by that date. It keeps her moving.

This method is clearly a tried and true method because, since October 2018 when her first book was published she has published an impressive, 23 books. Let me say that one more time. In less than a four year span, she has written and published 23 books. That is about a book every 2 months. (I'd be happy with a book every 2 years).

When asked what is the best book to read first, she says she would recommend her book coming out in June, Matched with her Fake Fiancé. I guess like most authors, we find ourselves in love with our latest creation. The good news is when you go to pick one, because of what Britney has accomplished, you will have a large selection to choose from.

It was great getting to know Britney and if you would like to learn more about her or check out her books you can check out her webpage: https://britneymmills.com/

Posted by Nathaniel Gee at 5:41 AM