Why the Death of Retirement would be a Good Thing 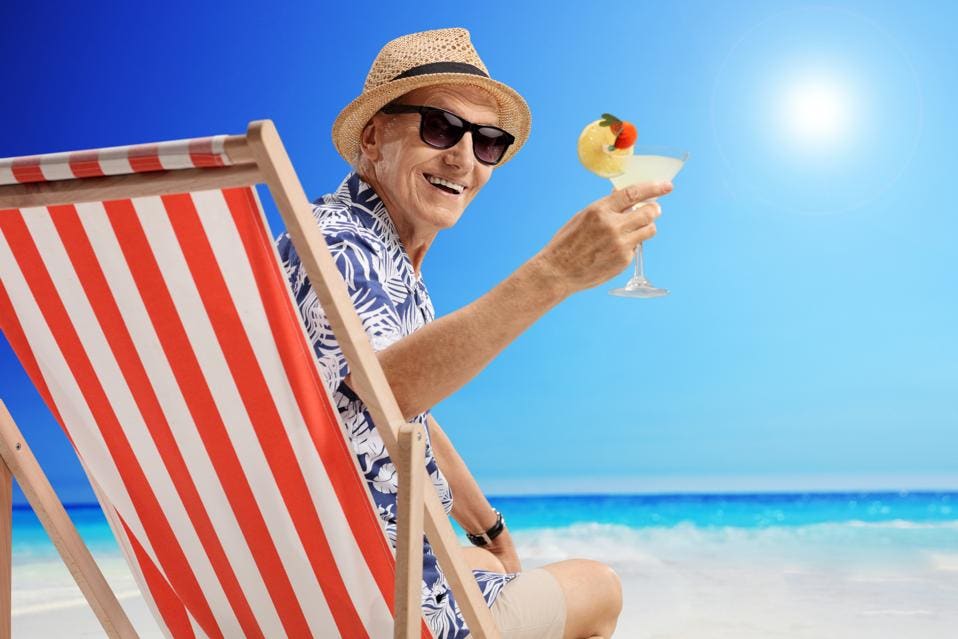 We work hard are whole lives, so we can...stop working. Admittingly, on face value it doesn't make much sense. Yet there is a part of all of us that looks forward to that day. The day when we can stop waking up every morning to go to work. When we can finally do what we want, whatever we want, when we want, how we want and really enjoy life. The problem is the more I look into the idea of retirement the more I am convinced it is a bad idea. Why?

Social Security is a bad idea-
Social Security is the worst kind of bad idea there is, one that has been successful for a long time. Americans love the social security program. After all, it has helped the elderly 'retire with dignity' for a long time. We all know hundreds of seniors that rely on this program and because of this it is a sacred cow that no politician dare threaten. But despite it's long success we all know it is headed to failure.

Ask the average millennial if social security will exists when they retire, and they will say, "I doubt it." Why? because they can do math. There are two major problems with Social Security. (I got a lot of this from a great study done at Stanford.)

1. When social security was passed into law in 1935 the average life expectancy in the United States was 61, today it is almost 79. Given medical advancements it is likely that this number will continue to rise.

2. When the program was started there was approximately 27 workers for each retiree, today there are 3. Given that our birthrate continues to drop in the US, this number will continue to fall.

These numbers are catastrophic for the program and yet Americans continue to consider it a retirement fund, not a social safety net it was designed to be. Go to most online calculators for retirement and they will include social security. Not only that, there is very much an entitlement mentality of, "I paid into it my whole career, I deserve to get paid back." To such people I have some bad news. For one thing, Social Security pays out far more than you paid in. And for a second, that money is gone. When it passed, the program starting paying out to people who had never paid in a dime and I am afraid that at some point there will be people on the other end of that, they will have paid in their entire lives and they won't get paid a dime.

This should help us realize that social security isn't the only idea that is unsustainable.

For the first 18 years, going up to almost 30 for many of us, we will be more consumer than producer. I don't mean to disparage children, if you know me, you know I love kids, but they aren't the most productive. We spend a lot of resources as a society to train them physically and mentally hoping they will become productive. Then we think we can work from 25-65, or 40 years and then kick back from age 65 to 95 and again become a consumer and not producer. That means to be a net positive for society we have to produce more in 40 years than we consume in 90-100. That's unrealistic and unsustainable.

But the fact that social security and retirement in general is generally a mathematical disaster waiting to happen isn't the worst part about the idea, even worse is:

Social Security was originally intended for those who could not work. There is no doubt that this is the case for millions of people in the program, but there are almost as many who do not work in part because of social security, even though they are very able. It is an economic fact, that which you pay for, you get more of. Pay people not to work, and you will get less work. Think about it, if social security disappeared tomorrow, it would be devastating, but more people would enter the work force.

The other issue is the idea that people over 62 or 65 or even 70 are not productive in society. As our economy has moved increasingly from a labor driven economy to information based economy, older workers with their extensive experience and internal knowledge are increasingly valuable. Look at the people we have chosen to run our country. The republicans want a man who will be 74 when he starts his second term and democrats want a man who will be 78. No matter which side of the isle you are on it is clear that we as a society believe that people can be productive well into their 70's. Having a large number of elderly reenter the workforce would be a benefit to this county and more importantly:

Working is a benefit to the worker, at every age-

Money is not the only benefit to working. It's a simple fact, if I didn't have to work, I wouldn't. And I would have a weaker body, a weaker mind and a weaker character. Much of who I am is because of the work I have had to perform. The people I look to as my greatest hero's have learned that work is its own reward. They continue to work long after they financially need to.  My greatest hero is my Father, he turns 78 this year and continues to work despite not needing to financially. But most of the people really changing our society belong to this group of people. I already noted those running for president, but what about Elon Musk, President Nelson, Mark Zuckerberg, Mark Cuban and Bill Gates. What all these men have in common is they work far harder than I ever have or likely will and don't need another cent.

They discovered something we all need to discover to really enjoy life:

Happiness in life is all around us and is found in doing hard things, not waiting for a moment we no longer have to do anything-

One of the greatest lies that I have given into my whole life is, "I will be happy when...." You could fill in the blank with a million things: When I graduate from school, when I get married, when I get on my mission, when I get home from my mission, when I buy my home, when I have a kid, when my kid moves out. You get the idea. The older I get the more I look back and realize I was happy before all the whens, but I was too busy buying in the lie to accept it. I am beginning to realize this is true with work to. If you are unhappy in your job the thing to do is find a new job, not to stop working all together. Which leads me to what we really need to do-

We may get sick of a given job, or want to try something new or be physically unable to perform at the same level we once did. Great, find a new job. And if you are one of the fortunate few who has enough to not need money do a full time job that doesn't bring in money. Bill Gates works full time giving money away. Some of the greatest people I know work full time or more serving missions, just serving people and teaching the gospel.

I realize that many who do these things still call themselves retired. And many great people I know have chosen to retire and are still making amazing contributions to society. My wish is we get away from the idea of retirement. We wisely have realized that many of us will stop going to school, but if we are smart will embrace life long learning. I would love to see us embrace that while many will change jobs or move away from traditional work-force what we all need is life-long working.

If you liked this you might also enjoy:
Yea Bipartisanship! Oh Wait?
Thriving in a Pandemic
or The Miracle of Pineapple

Posted by Nathaniel Gee at 5:22 PM