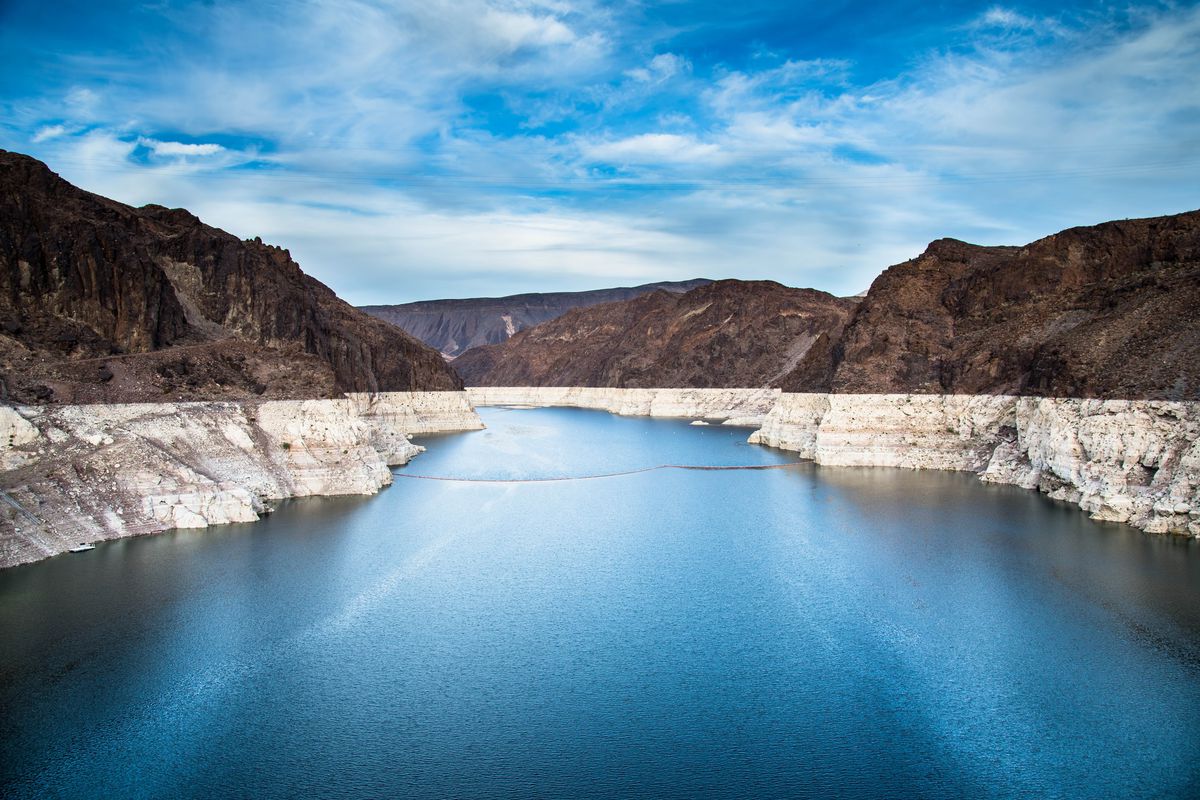 (Disclaimer: Views in this article are entirely my own and do not represent the views of my employer, my Aunt, or Your third cousin once removed. For good measure we better add, or anybody who is not named Nathaniel Gee and lives in Boulder City, that should cover it.)

Law: There is never a shortage of water, only cheap water.

Every first grader is taught that water is extremely precious. They are told that less than 3% of the worlds water is fresh and most of that is stuck in glaciers (They made this sound like a bad thing when I was a kid, but they don't seem to be jumping for joy now that those glaciers are melting), so at the end of the day less than 1% of all the worlds water is accessible for us to drink. Oh no!

Play scary music as every little kid begins to worry about life without water, how long can 1% last us! You know when your children have this lecture at school because its the day they come home and yell at you for brushing your teeth, or doing the dishes. (Or at least that is what people who do such things told me). I remember coming home from school after the talk about the future of water, and just watching water come out of the faucet knowing, that at any moment, it was going to run dry.

But here I am thirty years later and it's still flowing. Of course, the reason is that there is ton of water on this planet. And as fast as we use it and pollute it, our wonderfully planet is cleaning and redistributing it. The world has been designed with the most ingenious system to clean and transport water, the other great thing you will learn about in first grade, the water cycle.

But if that is true, that our planet cleans and sends water back as fast as we use and pollute it, why do we always seem to be struggling for water. We are always fighting either having too much water or not enough. While this is a consistent battle, I want to focus on one side of that equation. The one that seems to prevail in the West, not enough water.

This is where we get the famous quote, "Whiskey is for drinking, Water is for fighting over." The west is famous for water fights. Arizona vs. California is a series of supreme court cases where Arizona sued California over water fights. It is actually at least 10 cases (that is how many times Arizona sued), but the most famous of these is the longest supreme court case in history. It was put to the court in 1952 and was not decided until 1964, 12 years later, and it is the basis for ongoing water negotiations today.

But the idea that there is ever a shortage of water is a fallacy. There is always water. After all, the world is 71% water. The thing that people want is cheap water. That is always the fight, who gets the cheap water. I can give a thousand examples, but the an obvious one is LA. LA has been party to many famous water battles. There was the successful plan, led by William Mulholland to get water out of the Owens Valley in the early 1900's. They were also one of the big drivers behind Hoover Dam and Parker Dam to get Colorado River Water. Did LA need more water? They are on the ocean. They don't need more water, but at the time they needed usable water. Why did they choose Owens Valley first? Because Mulholland figured out he could deliver Owens Valley water mostly by gravity to LA. That meant it was the cheapest alternative. Today LA could replace transported water with Ocean water but don't because they don't just want water, they want cheap water.

So again, the fight is for cheap water. Whenever you think there may be a water shortage, you look for what is the cheapest water you can get. There is always water if you are willing to pay for it. Which leads me to Gee's first law of water management: There is never a shortage of water, only cheap water.

So that leads into how do we define cheap water, and that is where we get Gee's first equation of water management.

Clean + Close = Cheap.  When you are looking for water you want water that is clean and close, because that is cheap. That is why historically the first source of water was always well water. Well water is one of the cleanest sources of water and it's right under your feet. The only cost is to bring it to the surface.

It's a simple equation but it does get more complex as you break it down. First if you look at close. Water is a wonderful fluid, and can easily be pumped and transported, but it requires energy and infrastructure to move it. It also needs to be moved both across land and over mountains, so you have to look at both vertical and horizontal distance it must travel from the source.

Clean, is the most complicated part of the formula. All forms of water treatment are not created equal. Surface water generally requires more treatment than ground water, and saline water requires very expensive treatment. It is easier to treat raw sewage, which you might consider more unclean, than ocean water. Why? it is very expensive to remove salts from water. That is why ultimately it is cheaper for LA to move surface water hundreds of miles rather than clean ocean water that is on their doorstep.

But despite the complexities the basics are easy, and good to remember. They are: there is never shortage of water only cheap water. And that when trying to find cheap water the equation is simple:
Clean + Close = Cheap.

Next up Gee's Second Law of Water Management

Posted by Nathaniel Gee at 5:48 PM