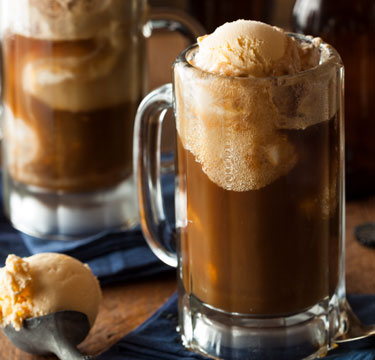 Bugs flicked in and out under the only street lamp left a glow. The sidewalks had long ago been rolled up. The quiet of the desert enveloped the small town as the street saw its first guest in hours. A large coyote striding through the landscaped rock. Lone headlights appeared competing with the street light for the bugs attention. The sleek Tesla pulled up into the parking lot of the small brick building.

The building had no signs, descriptive paints, signs or logos. The gap in the wall where once stood an ATM and the abandoned drive thru bore testimony that this building was once the trusted establishment of people's hard earned money, their hopes and dreams. No dreams seamed stored inside now. The building was completely dark and void of life.

The man who stepped out of the car as it’s electric engine purr grew silent did not match the sleekness of the vehicle. The suit was of similar caliber but a tailor can only do so much and buns and roles were as plentiful as they were in the all you could eat buffet in Las Vegas, the town that still it up the horizon only a few miles away.

“This idiot better show up.” The man muttered under his breath, as he broke the silence again and again with each step towards the front door. After staring into the glass doors for a moment and with nothing else to do he pulled on the front door and was surprised to find the large door unlocked. But having entered, he found the place no more life like on the inside of the threshold.

The once bank lobby was vast and void. And the man's blood pressure, already high, began to rise. “Drag me to the podunk town and doesn’t even bother to show up, what a”

“What exactly am I?”

The man jumped about a foot off the ground, which is the highest he had jumped since over a hundred pounds ago.

“What the devil. What’s the idea of creeping about in the dark?”

“Darkness in my profession is very often required. Not that I enjoy it. I believe in light, rainbows and lollipops but one must do what one must do. Shall we?”

They walked over to a massive metal door that bore a large wheel on it’s center. If one has ever wondered why bank vaults seemed to be adorned with pirate ship wheels, well blood sucking pirates had to do something in retirement and never seemed willing to give up the helm.

“Um...why the vault?” The man asked with trepidation as the stranger took the helm.

“Ah, this cozy little place is where I keep my office.” With a couple of well placed turns the door began to open. The door had barely cracked when light began to poor into the void in which they stood. Once fully opened, the man stared inside. The office was in perfect contrast to its surroundings. Light from several antique fixtures, lining the walls, filled the room. The floor was an antique carpet of reds and golds. The entire office looked like it had been transplanted from the 1800’s.

“No it is not. Barnaby Jacorum McMaster is the name. I find birth certificates most reliable.”

“What a shame. Parents give you a unique jewel in the name Barnaby, and to really make you an individual they top it with the middle name Jacorum and you cast it off to be one of the millions of Jakes in the world. My boy, the world is stock full of Jakes.”

“No, while the monosyllable is among the world's best, my name is John York. Always, John York. John is the vanilla ice cream, but York is the root beer. Speaking of which, would you like one?”

“You have completely missed my point. Always John York. I’m offering you this. He handed his guest a large root beer float in a classic glass mug.

“Well you don’t mind if I indulge do you?”

“No, go ahead.” Barnaby, or Jake as he preferred, was anxious to move beyond strange analogies that produced deserts. “Mr. York”

“Okay, John...York. I wanted to meet you because I heard you may be able to help.”

“I could help you to an excellent root beer float. This really is amazing. You know, when I retire I think I’ll turn this place into a soda shop. Everyone loves soda.”

“Can we get back to the point?”

“Oh sure, go on. But now that I think of it, forget the soda shop. I think a mortuary would be better. Anyways, continue.”

Barnaby was beginning to doubt if he’d come to the right place. Dillon, a trusted friend, said he had heard that John York was a miracle worker, the only thing for such situations. And given the job, perhaps a healthy level of insanity was required.

“I have come here for your help.”

“As you know, I am no detective, but that much I gathered.”

“Remind me again, Why couldn’t do this over the phone?”

“I never take a client I don’t meet in person. You can appreciate that.” John York said as he drew in a huge slurp of root beer from his mug.

“I understand. Well, it’s my Father.”

“Ah yes, the master of the McMaster’s. And CEO of the family business, McMaster Mattresses. Dream masterfully on a McMaster. I believe your commercials say.”

“Quite. Well two years ago my dear Mother died.”

“Ha. Your dear Mother? You hadn’t spoken to her in years. Ever since she said she’d cut you off if you wrecked another company car. Why does a mattress company need a Jaguar?”

“I see you do your homework.” But ignoring the question, Jake continued. “While we had our rifts, I loved her and so did my Father. Life without Mother has been hard on my Dad, but I am worried that he is about to ruin his life.”

“Strong words. How exactly is he going to effect this ruin?”

“Well, there is this girl.”

“She is after my Father.”

“Oh, she is lurking in alleys and bushes hoping Master McMaster walks by so she can leap forth and stab the man?”

“No. But I do believe she plans to kill him. But not until after she marries him.”

“Are you sure? I find that most people do not possess the strong desire to dash one another to pieces until after they’re married. But you say she wants to now, but for good form will wait until after the I do’s.”

“She is after his money. She’s a gold digger.”

“A hefty accusation. May I ask you a few questions?”

“How much cabbage would you say your old man has socked into these mattresses of his?”

“My Father's estate is around 100 million dollars.”

“No wonder you all dream masterfully. And what is the name of this girl you say works so hard mining for precious metals?”

Jake had to think for a moment but eventually caught on. “Her name is Scarlet Honey.”

A snort escaped John York’s nose as a small amount of root beer escaped it. “Excuse me, but just to clarify, you did say, Scarlet Honey?”

John York snorted again. “Okay, moving on. When your Father lays down on the mattress smothering his hundreds of Benjamin Franklins are his masterful dreams filled with Honey?”

“Can you drop the riddles?”

“Life is a riddle, my dear Barnaby. But to clarify for you, Jake. Does your Father fancy himself to be a bee after this Honey.” Jake was not amused. “I’m sorry it’s just so perfect.”

“My Dad is a bit taken by her, which is the problem. He doesn’t know what he is getting into.”

“Love can strike at any time, why stop this young, sweet couple?”

“Well as they say, to the victor goes the spoils.”

“I don’t believe this. You make me drive to this pathetic town, drag me into your creepy vault and you are not even willing to help.”

John York stood up with a start. “Barnaby my boy, Boulder City is not a pathetic town.” softening he continued. “And I am perfectly willing to help. What is it you want? Me to swoop in and save your inheritance from the clutches of this hussy?”

Barnaby was clearly hurt, that struck too close to home. “No, it is for my Father. I just don’t want him hurt.” He paused and thought of the best way to add something, “Also for the sake of the company. He loves that company, if he married and she ran it into the ground and lost it’s money, it would kill him.”

“I agree that he would at least find it difficult to sleep at night.” Before Barnaby could respond John York continued, “I’d require half my 40,000 dollar fee upfront and all expenses covered.”

John York paused, looked closely at the overgrown mattress heir, disappointingly noticed his root beer float was gone and said, “Okay, I’ll do it.”
Posted by Nathaniel Gee at 5:07 PM