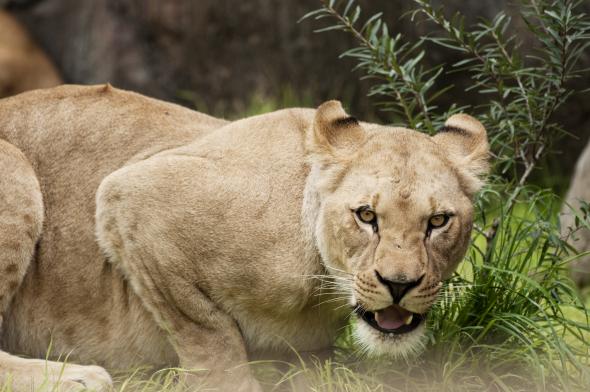 Justice had never liked his name. And noting that this zoo had decided to also give it to one of it’s female lions didn’t make him feel any better. In his mind, justice was something to escape or avoid, not be praised or named after. Escaping it was his specialty, but it wasn’t always pretty. This would not be the first time he’d have someone else pay for his deeds, he didn’t care for that aspect. The thought of an innocent man going to jail because of what he did, didn’t give him any pleasure, but it did give him security. Cops and DAs wanted someone to pay, and as soon as they had someone, he knew they would stop looking. That made him free. Free to figure out what was next.

There was something about crowds, seas of people, particularly people on vacation that gave him unique insight and more importantly anger. In the masses, he was alone and being alone as he saw couples and families enjoying themselves always made him more comfortable about his chosen profession. Seeing others have things he felt he would never have, help him feel justified in taking what he did from them. Isolation became his motivation and justification. It was on a beach that he had come up with his most recent job, and it had gone very well. Well, it had been a success in the fact that he made more than he ever had before on a job. What hadn’t gone well was the fact that there was a casualty. But such were the risks of the job, and he couldn’t control the movements of the night time security detail.

That kind of collateral damage was never his intent, but luckily he was always prepared for such circumstances, and he had staged the scene perfectly. Police were so obsessed with DNA today, and he knew all it took was a little of someone elses to taint a scene. It wasn’t easy to get someone elses blood, but given how valuable it was, it was worth the effort. Sure enough, as predicted they had arrested the man he had so cleverly framed and his freedom was secured.

As he walked out of the restroom he was surprised to hear nothing. It was a Saturday and he had picked the zoo because he thought it would be packed with people, and it had been. But now a silence fell over the humid building that housed hippos and alligators. Instinctively he felt his side, he knew his gun was there but getting ready to draw always made him feel more comfortable.

“Is everyone out?” Bill yelled to his fellow security guard as they entered the office.

“I think so.” Donald replied.

“You cleared the restroom right.”

“I cleared the ladies room next to the hippo cage.”

“What about the men’s room? It’s back around that corner.”

Donald gave a blank stare that let Bill know that the answer was not one Donald wanted to give. Donald had only worked at the zoo for two weeks. They paid their security lousy and it was the kind of job you picked up to pay the bills while you looked for a real job. This meant that Bill spent more time training new security guards than he did on actual security. But one thing that he knew was not on the training was the location of all the bathrooms. If he had had a more experienced security guard, he would have sent them.

“Well let’s hope it was empty.” He switched the video feed in the small room full of screens to the hippo house. “Did we figure out how she escaped yet?”

“During the early feeding, the trainer left the gate open because he thought Justice was in the main pen, but due to some shots she was in the vet’s area.

“And we are sure that she made it into the hippo house.”

“That is what some people said, I didn’t see her, but I locked the door, so if she’s there, she'll be secured. Jim and Tess are locking down the other buildings as we speak just in case we were wrong.”

“They were right, there is Justice now.” A large female lion came into view. “What is she doing?” The lion was low and moving slowly as if stalking prey. In the back corner of the view they now could see what she was stocking as a man became visible. “Quick call the others to get to the hippo house.” But as they spoke, the majestic lion broke out into a run. For so many who are used to seeing lions only sleep at the zoo this would have been a rare treat. The lion moved fast, and effortlessly as you saw the sinews of the legs stretch and flex with each stride. Ten feet from her victim Justice leapt into the air. It was only as she leapt that the man who shared her name, heard something, turning, he saw the last thing he would ever witness: claws, eyes, and teeth. When his friend had shown him his full-back tattoo with this same view, he had admired it, and even thought about how amazing it would have been to witness a lion in that pose. However, a little more distance between him and the lion would have been appreciated.

The guards watched in silence as in so many ways, Justice was served.

Here is the link to Chapter 1.
Posted by Nathaniel Gee at 8:58 AM